As it known, in accordance with the Decree of the President of the Republic of Uzbekistan No. PP-3473 dated January 12, 2018 "On the organization of work on the implementation of the investment project "Construction of a mining and metallurgical complex on the basis of the Tebinbulak deposit JSC "Ozbekiston Temir Yollari" was entrusted with the implementation of an investment project on integrated development of titanomagnetite ores. 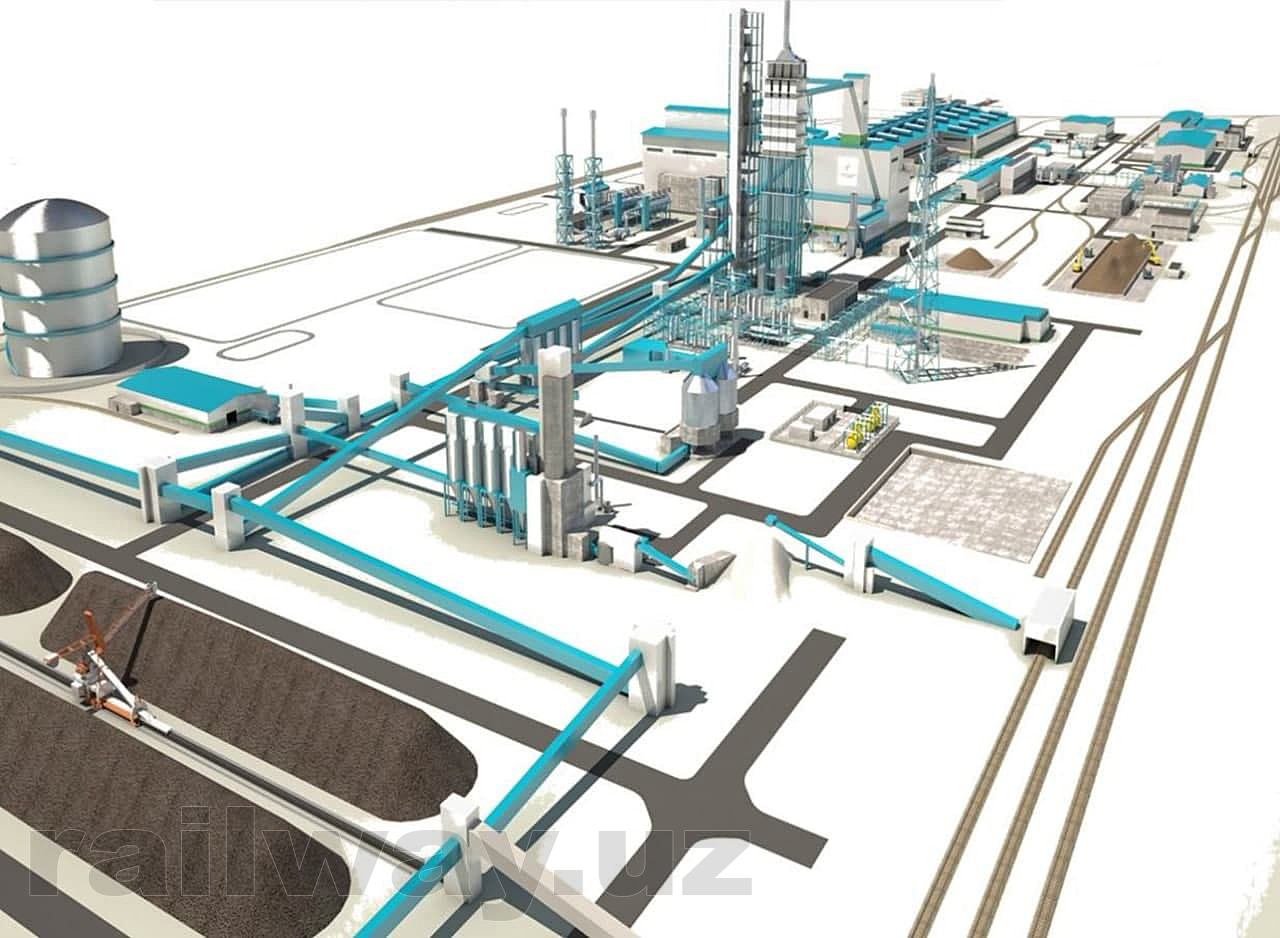 Let us remember that the resource reserve of the deposit is about 1 billion tons estimated according to the JORC Code. According to preliminary calculations, it is planned to extract 27 million tons of ore per year and receive from it 1.0 million tons of rolled steel and vanadium slag. The mining and metallurgical complex will have an annual production capacity of 800 thousand tons of rebar, 100 thousand tons of wire, 100 thousand tons of corners, channels and other materials. The implementation of the project will contribute to the replacement of a significant volume of imports and the sustainable development of industry. The complex will provide jobs for more than 3 thousand people. It is planned to export 35 percent of production.

To the present, the implementation of this project has already passed several stages. JSC" Ozbekiston Temir Yollari"  together with an independent consultant represented by the Austrian company "Horst Wiesinger Consulting" GmbH, completed laboratory and pilot tests for the extraction of upgraded ore concentrate, pelletizing and iron recovery using natural gas, making steel and separating vanadium slag from steel.

Technical specifications have been developed for the entire technological process from mining to the production of steel products. These technical documents will determine the optimal technological regime, the procedure for carrying out the operations of the technological process, ensuring the release of products of the required quality, safe operating conditions of production, as well as meeting the requirements for environmental protection. Earlier, it was noted that the project provides for the use of a non-blast furnace technology, which is remarkable in that, unlike blast furnaces, it does not pollute the environment.

Despite the poor iron content in the ore, with the help of the selected technology and the extraction of vanadium slag as a product with high added value, the project is economically viable with a payback period of 8 years.

Also, in order to obtain the opinion of an independent expert on the technology adopted in the project, the TOMS Institute (Irkutsk, Russian Federation) carried out three-stage technological studies for the beneficiation of ore samples from January to September 2020. The results once again confirmed the possibility of enrichment of iron ores to obtain a concentrate with an iron content it contains more than 67%. The research was carried out on a representative ore sample in the amount of 2.7 tons, selected by the international company SRK Consulting (Canada).

For the further implementation of this investment project, a thorough study of all initial data, analysis of costs and benefits was carried out, allowing to assess the economic feasibility and technical feasibility of the project. Based on the obtained results, the specialists developed a Banking Feasibility Study in accordance with international standards, which in turn allows working out the issue of attracting investments for the implementation of the subsequent stages of the development of this project.